THE HOUSE MUSEUM OF THE BLESSED GIUSEPPE PUGLISI 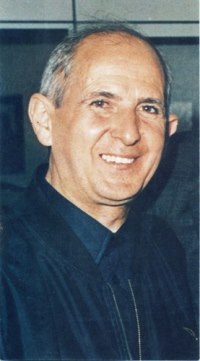 The little priest, named 3P, was born in Brancaccio (a suburban quarter in Palermo) on 15th September 1937. He was the son of a shoemaker and a dressmaker. He was killed by Mafia on 15th September 1993, on the very day of his 56th birthday while he was returning home.

He entered the seminary in 1953 and was made a priest by Cardinal E. Ruffini on 2nd July 1960. Since the very beginning of his ministry he was attracted by the social problems of the poorest and most marginalized areas of Palermo.

In 1978 he became pro-rector of Palermo Seminary and one year later he was appointed director of “Centro Diocesano Vocazioni” (Diocesan Vocation Centre). In 1983 he was in charge of “Centro Regionale Vocazioni” (Regional Vocation Centre) and joined the National Council as well. He also taught Maths and later Religion in several schools. He passionately devoted himself to young people’s Christian and human education organizing various activities for them.

On 29th September 1990 he was established parish priest at San Gaetano Parish in Brancaccio. Being aware of the problems of that area, he devoted himself to the children and teen-agers who had already been enrolled by Mafia trying to bring them back to the principles of legality, justice and Christianity. He adopted a method which exalted the human and personal qualities of the young together with Christ’s message. It was this activity of his that caused his death as it was proved during the trial in which his killers were arrested and condemned.

On 15th September 1999 Cardinal Salvatore De Giorgi set up a diocesan ecclesiastic court whose task was to acknowledge don Giuseppe Puglisi’s martyrdom. His life and death testified his faithfulness to the only Lord and made it clear that Mafia and the Lord’s Gospel are absolutely incompatible. 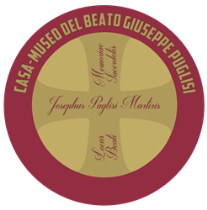 Save
Cookies user preferences
We use cookies to ensure you to get the best experience on our website. If you decline the use of cookies, this website may not function as expected.
Accept all
Decline all
Read more
Analytics
Strumenti utilizzati per analizzare i dati per misurare l'efficacia di un sito web e per capire come funziona.
Google Analytics
Accept
Decline
Snowplow
Accept
Decline
Marketing
Set of techniques which have for object the commercial strategy and in particular the market study.
Facebook
Accept
Decline